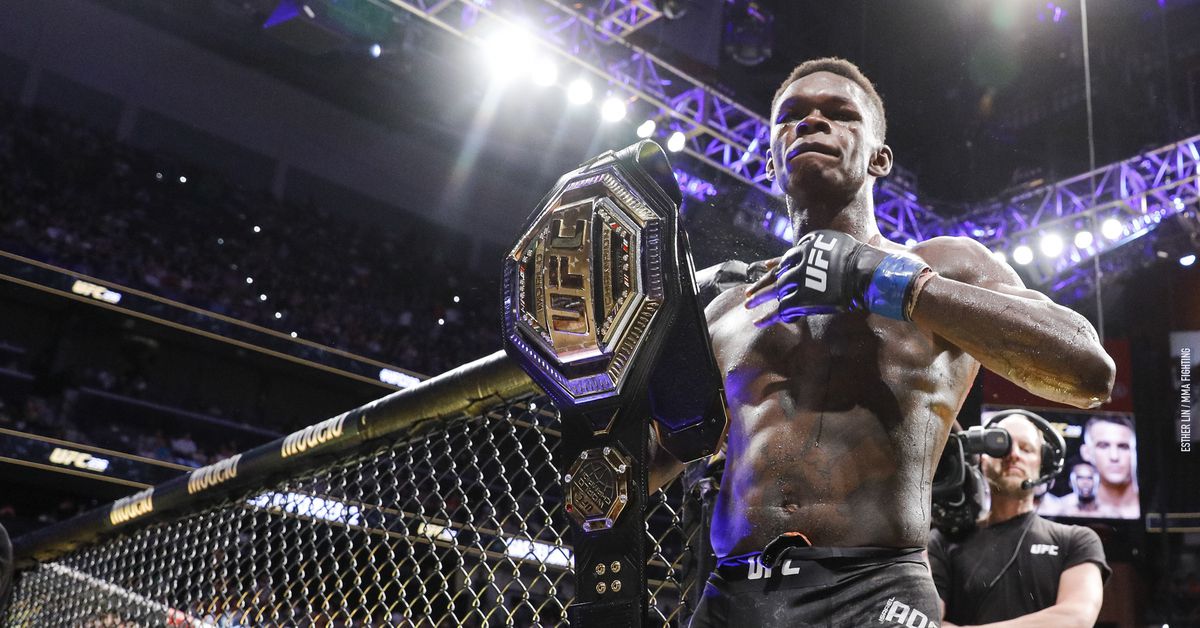 Israel Adesanya has a date in mind for his showdown with Jon Jones, but he’s not going to alter course just to appease the former UFC light heavyweight champion.

The rivalry between the fighters has grown more and more volatile over the past few months, particularly in the aftermath of Adesanya’s lopsided win over Paulo Costa at UFC 253. While things have gotten personal, the real issue is whether an actual fight materializes in the future.

Jones has scoffed at Adesanya’s desire to wait until 2021 for a test at light heavyweight, saying the middleweight king is “terrified” to actually face him.

In response, Adesanya is quick to say he doesn’t bring up Jones’ name unless he’s responding to comments already made, or when he’s asked a specific question about him during interviews.

“I only ever talk about him when I’m asked about him – I never bring him up in interviews,” Adesanya said when speaking to MMA Fighting. “You just asked me about him, so I’m talking about him now.

“But every time I fight, no one ever asks him anything, but he always brings me up. You know why? Cause he’s scared. He knows that I know he’s scared.”

As far as the whole weight class question goes, Adesanya turns that around to ask Jones the same exact thing.

“Jon’s been in my position before. He understands the power of momentum. He understands what a win like this does for me. They wish they got me three fights ago. They wish they got me just after I got the belt. That’s why when I got the belt, he’s the one that brought my name up first that he wanted to fight me. You know why? Cause he knew that I was a threat. He knew I was a big money fight.”

Jones has talked about possibly moving up to heavyweight for several years. He famously did a faceoff with former champion Cain Velasquez at a UFC press conference. By 2014, though, he was throwing cold water on that fight, believing more challenges were available at 205 pounds.

Adesanya has no problem pointing out that fact whenever Jones mocks him.

“Listen to this — the guy cleaned out his division,” Adesanya said. “Instead of moving up in weight, what does he do? He starts to fight middleweights who moved up. Like Anthony Smith, Thiago Santos, you name them. He just decides to sandbag it. Why doesn’t he do it? He’s teasing it again, ‘I’m going to move up in weight. He ain’t gonna do sh*t.

For all the past talk, Jones now seems committed to heavyweight after relinquishing his light heavyweight title, which was just claimed by Jan Blachowicz at UFC 253.

Adesanya may not like Jones all that much, but he can’t deny the skills the now ex-champ has displayed; Jones is regularly claimed as the greatest mixed martial artist in history. That said, Adesanya still isn’t sold Jones will actually compete at heavyweight any time soon.

“He don’t want that smoke,” Adesanya said. “I’m not saying he can’t do well. I think he’ll do very well at heavyweight possibly, but he don’t want that smoke cause he’s scared. He’s a guy who’s said that since 2013. So why should he do it now. The only reason I believe him now maybe is because he relinquished the belt. But who knows. There’s always something in the background.

“Maybe he did something stupid he was forced to let go of the belt and just keep it under wraps. Another hit and run. Another binge. Another bender. Who knows. But for me, I have done it in kickboxing. I moved up to heavyweight. I did it in boxing, I beat Brian Minto, who was a former heavyweight world champion in boxing. I’m going to do it in MMA. I’m not a guy who teases that doesn’t do it.”

Putting the trash talk aside, Adesanya is fully confident that he will be facing Jones sooner rather than later, and he’s already got a targeted date in line for the fight.

“I’ve said it already – International Fight Week 2021,” Adesanya revealed. “He’s still trying to make it happen ASAP. His teammate just said, [Holly Holm] said something about writing her own story and never letting anyone write her story for her. Ditto. I’ve written my own story this far. I’m not going to let anyone force my hand.

“He’s the one saying, ‘Is he ready? Maybe he should ask Eugene [Bareman].’ Motherf**ker ask yourself, are you really ready to move up to heavyweight? Cause you’ve been teasing that since 2013, and you ain’t done sh*t.”