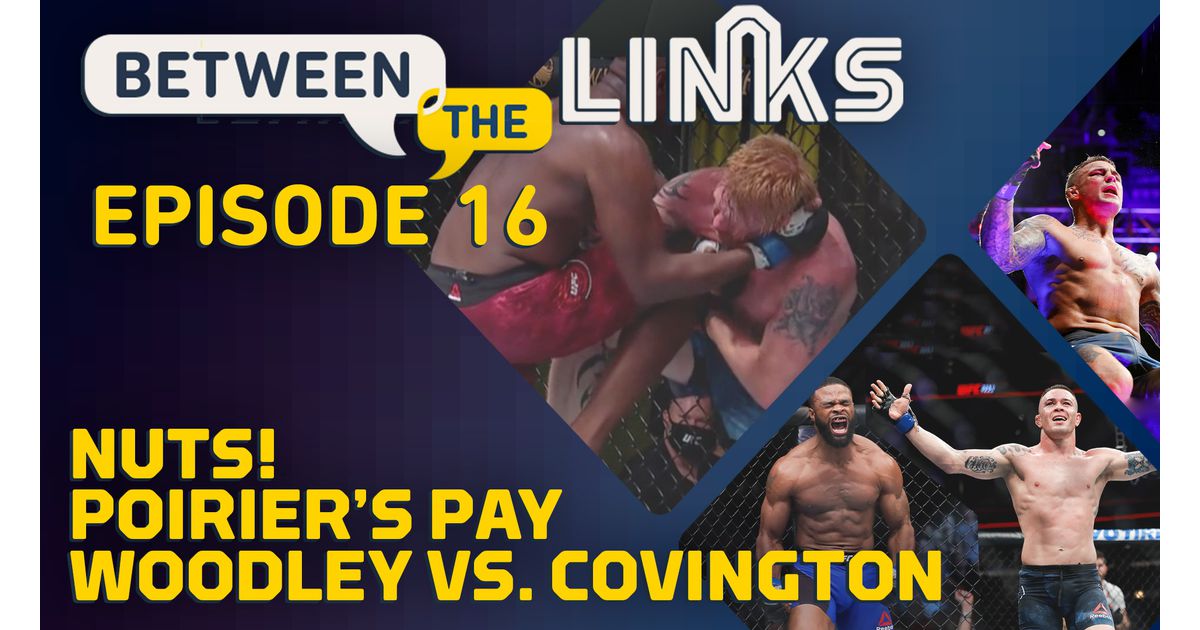 Check out episode 16 of Between the Links as Mike Heck moderates the matchup between MMA Fighting’s Jed Meshew and martial arts personality Phoenix Carnevale as they discuss who had the better weekend between the UFC and Bellator—along with takes on the UFC Vegas 10 main event between Michelle Waterson and Angela Hill, and the Bellator 246 headliner that saw Juan Archuleta become the bantamweight champion with a unanimous decision win over Patchy Mix.

In addition, the panel talks the bizarre light heavyweight matchup between Mike Rodriguez and Ed Herman, Dustin Poirier taking a stand in regards to the in the works matchup with Tony Ferguson at UFC 254, and a look ahead to this Saturday night’s UFC Vegas 11 event featuring the highly anticipated welterweight grudge match between Colby Covington and Tyron Woodley.

Check out the video here, or the audio-only podcast can be found below, on Apple Podcasts, Google Podcasts, Spotify, iHeartRadio, and Stitcher.

Alexander K. Lee - September 15, 2020 0
Fabian Edwards and Costello van Steenis are getting their chance to fight in 2020. The middleweight bout has been rebooked for Bellator’s upcoming Sept. 26 event in Milan, Italy, part of the promotion’s European Series of shows. Edwards and van Steenis were to fight in London this past May, but that bout was postponed when Bellator was forced to cancel multiple events due to the outbreak of the coronavirus. Officials announced the matchup Tuesday via press release. Edwards, 27, has yet to taste defeat in his career, going 9-0 as a pro including five appearances for Bellator. In his most recent outing in November, he won a split decision against fellow Englishman Mike Shipman. Van Steenis (12-2) is

Video: Between the Links: Episode 16: UFC vs. Bellator winner, Dustin...

🔴 [Watch in HD] ONE Championship: A NEW BREED III