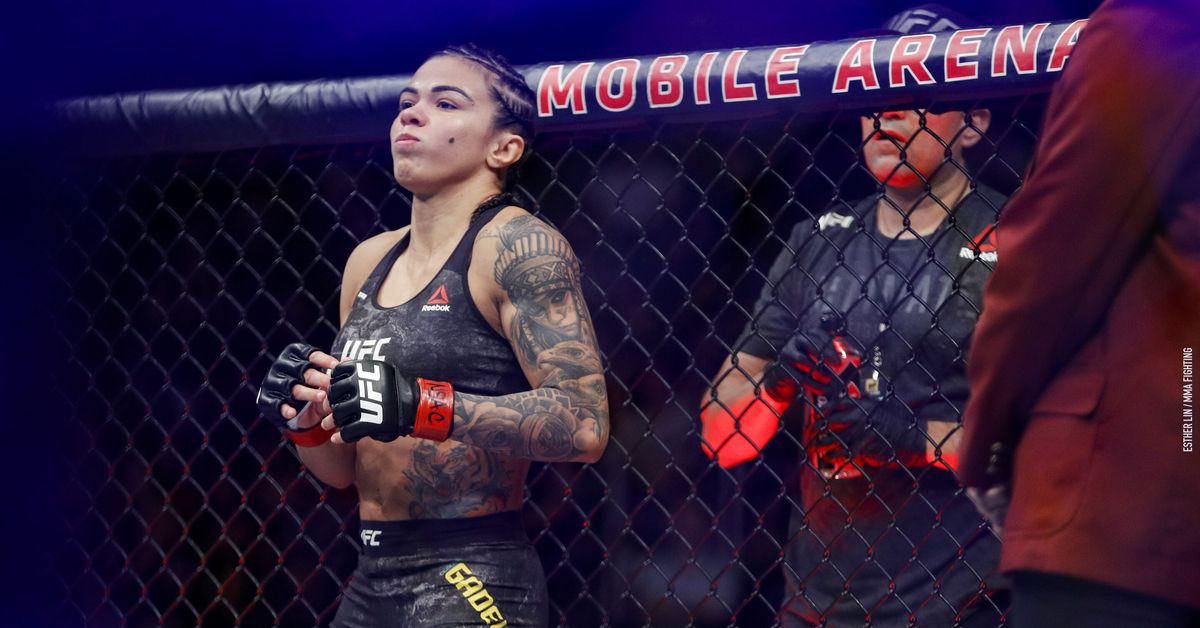 Claudia Gadelha won’t be facing Yan Xiaonan at UFC 253 after all, as the Brazilian had to withdraw from the Sept. 26 pay-per-view event with a knee injury, MMA Fighting confirmed after a report from Combate.

Gadelha flew to Las Vegas to get her knee checked at the UFC Performance Institute, sources said. Xiaonan is hoping to get a new opponent for the card.

The former UFC strawweight title challenger was aiming to secure her first three-fight winning streak inside the octagon following decisions over Randa Markos and Angela Hill, but will have to wait a bit longer before fighting again.

It’s not the first time the Brazilian has dealt with knee injuries. Gadelha went under the knife in June 2018 to fix a right knee LCL injury sustained prior to a UFC 225 win over Carla Esparza.

Xiaonan (12-1, 1 no contest) won five decisions in a row since joining the UFC in 2017, capped off by victories over Karolina Kowalkiewicz and Angela Hill. The Chinese prospect hasn’t lost in a decade, a run that includes 10 victories and one no=contest.

UFC 253 will be headlined by middleweight champion Israel Adesanya opposite Paulo Costa, while Dominick Reyes battles Jan Blachowicz for the vacant light heavyweight title. The company has yet to announce where the event will take place.

Between the Links, Episode 14: Aleksandar Rakic’s stock, next moves for Anthony Smith and Robbie Lawler