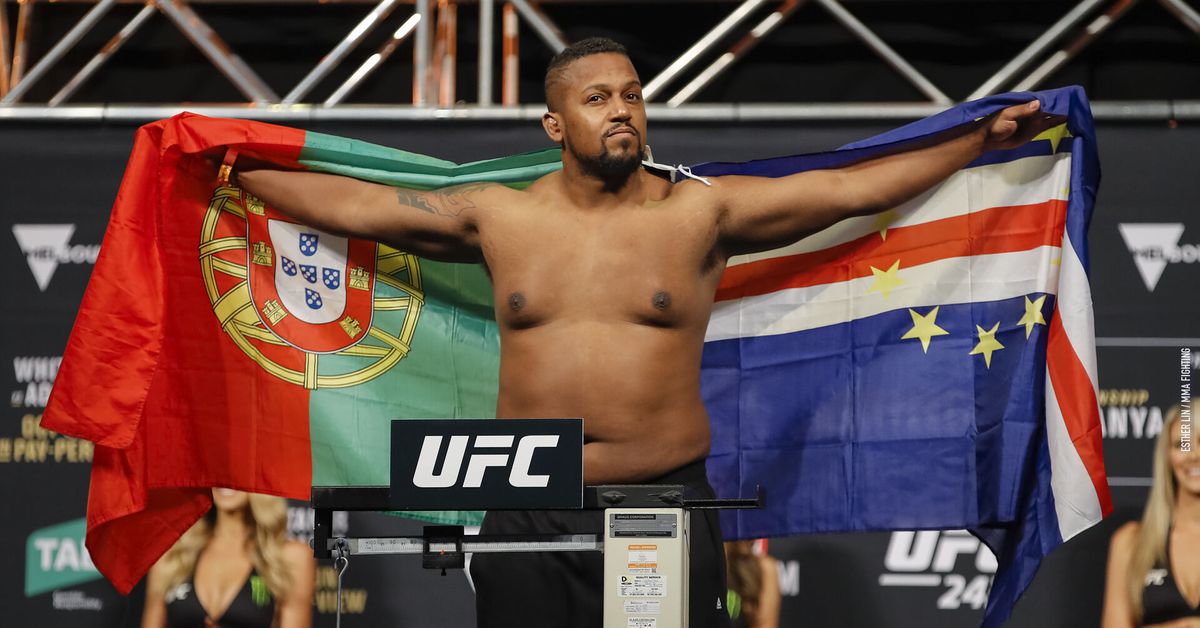 A heavyweight matchup between Yorgan De Castro and Carlos Felipe is set for the fall.

Multiple people with knowledge of the promotion’s plans confirmed to MMA Fighting that the bout will take place at the UFC’s event on Oct. 3, following an initial report from Combate. As of now, no location has been announced for the card.

After earning a contract on the Contender Series following a first-round TKO finish of Alton Meeks in June 2019, De Castro made a huge splash in his UFC debut. The Fall River, Mass. native took on Justin Tafa at October’s UFC 243 event and proceeded to knock him out in the first round. De Castro went on to face Greg Hardy in his sophomore octagon appearance and dropped a unanimous decision at UFC 249.

Like his opponent, Felipe looks to bounce back from his first professional loss. The Brazilian heavyweight made his promotional debut in the opening fight of UFC 251 and dropped a split decision to Serghei Spivac in Abu Dhabi.

The heavyweight showdown joins a card that includes a bantamweight fight between Julianna Pena and Germaine de Randamie.