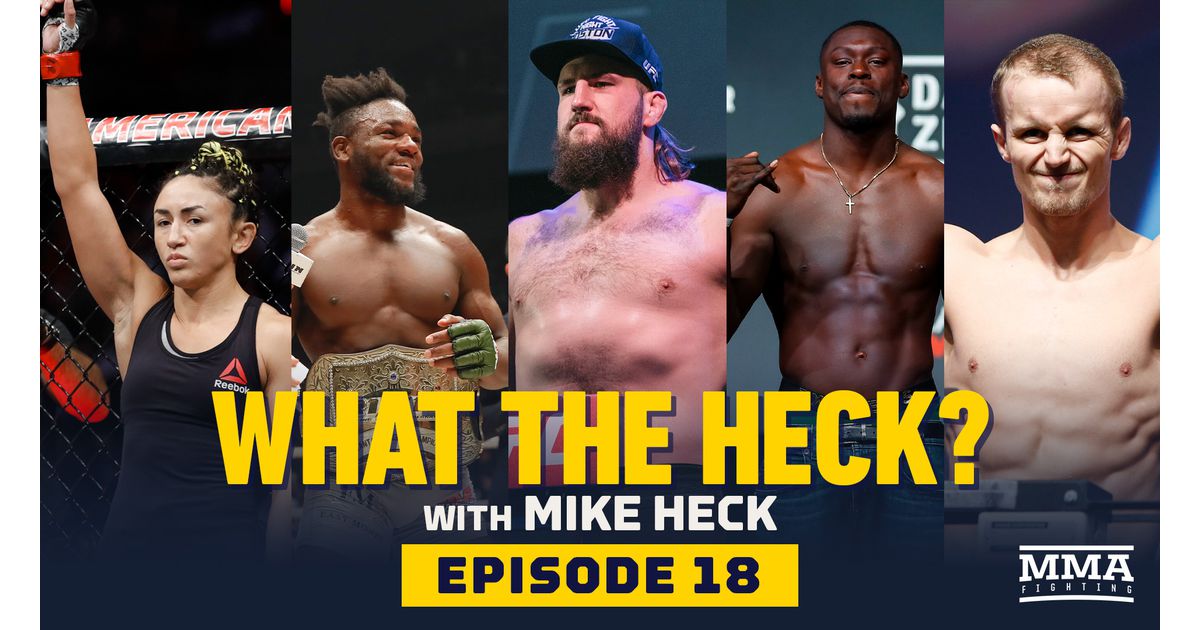 On this week’s episode of What the Heck, MMA Fighting’s Mike Heck chats with UFC strawweight Carla Esparza (5:37) recaps her win over Marina Rodriguez at UFC on ESPN 14, talks being willing to fight Amanda Ribas, feels like she is in a good position to fight Zhang Weili for the title, and her thoughts on a potential rematch with Joanna Jedrzejczyk five years later.

UFC flyweight Manel Kape (22:44) reveals why he won’t be competing at UFC 252 after all, his timetable towards recovery, discusses Deiveson Figueiredo’s championship win over Joseph Benavidez, rumors of Cody Garbrandt moving down to 125 and why he’s in favor of it.

UFC heavyweight Tanner Boser (39:34) talks about his second finish win in a month’s time at UFC on ESPN 14 over Raphael Pessoa, signing a new deal with the promotion ahead of the fight, his career approach, wanting to fight Maurice Greene in the fall, and a why a negative social media comment lead to a contest for the fans.

Bellator welterweight Curtis Millender (56:53) discusses his upcoming fight against Sabah Homasi at Bellator 243 on Aug. 7, how he’s been dealing with the quarantine, wanting to submit his opponent next Friday night, and his love for pro wrestling.

Finally, Jesse Ronson (1:08:14) recaps his successful UFC return with a first-round submission win over Nicolas Dalby, explains why the fight nearly didn’t happen just hours before, his callouts of Luis Pena and Jalin Turner, and reveals an interesting fact about matchmaker Sean Shelby.

Check out the video above, or the audio-only podcast can be found below, on Apple Podcasts, Google Podcasts, Spotify, iHeartRadio, and Stitcher.

Yorgan De Castro vs. Carlos Felipe on tap for UFC event on Oct. 3