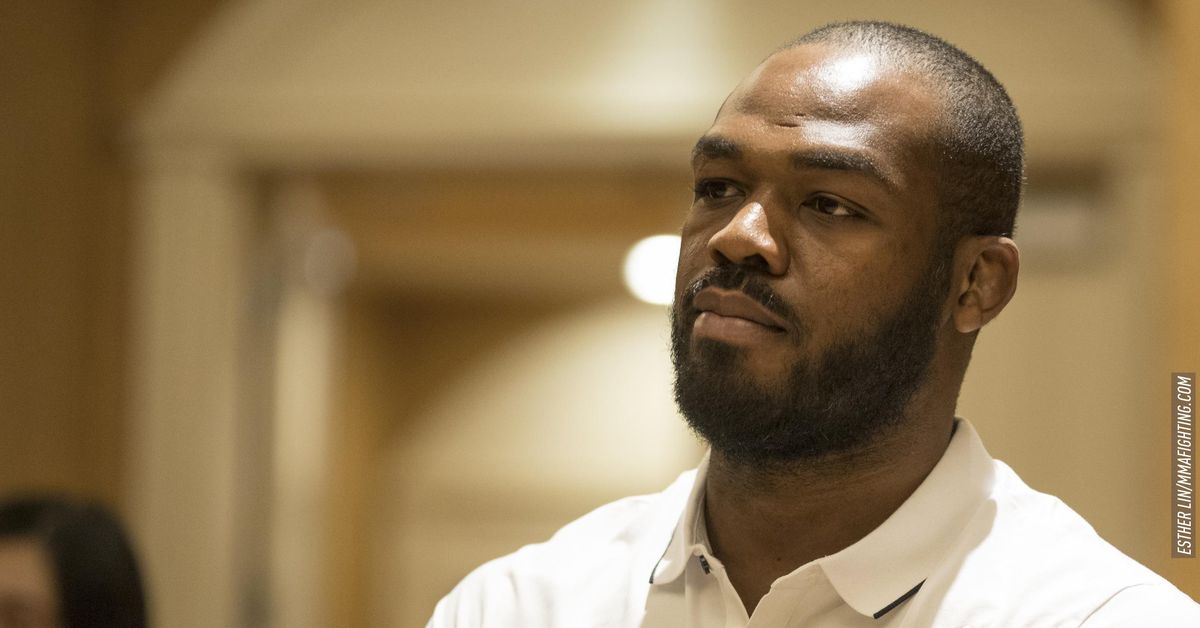 Jon Jones currently finds himself in a standoff with the UFC, and from the sounds of it, he’s as happy as he’s ever been.

The past few months, the UFC light heavyweight champion has been engaging in a very public falling out with the UFC over a monetary dispute. It started with Jones being unhappy with negotiations for a potential superfight with Francis Ngannou, specifically that the UFC was refusing to up his pay for such a bout. That grievance then led to a larger issue between Jones and the UFC with Jones declaring that he had been underpaid for years. Now, Jones is holding firm to the idea of a protracted hiatus from the sport until the UFC comes to terms. But though the prospect of potentially losing several years of his athletic prime to contract negotiations would cause many fighters to balk, Jones says that he’s currently more than fulfilled with the social work he’s taken up recently.

“Right now though, honestly, being involved with the C.A.R.E. project and being detached from the UFC and trolls and all that type of stuff,” Jones said on Steve-O’s Wild Ride! podcast. “This is motivating me way more than a world championship fight. I’ve been winning title fights for so long now, I get what that feels like, I know what the afterparty feels like, I know what it feels like to be called champ and looked at as the greatest fighter forever. I’ve been experiencing these things for so long now that that sh*t doesn’t really tickle me anymore. Changing my life and giving back to other people and having people say thanks for what you did for the city last night and stuff like that, my neighbors look at me like a person that they’re incredibly proud to be neighbors with. That means so much more to me than being a UFC champion and I’m so grateful.”

Jones has long been a cautionary tale in MMA, a talented fighter who allowed his outside-the-cage actions to negatively impact his career. Jones has been suspended from the UFC three times – for a hit-and-run incident, and two USADA violations – and has had a number of public legal troubles, including a DWI arrest in March. But in recent months, Jones has been getting noticed for his positive effects outside of fighting, working with a local outreach program, the Community-Appropriate Relief Effort project, and receiving praise for his efforts to keep protesting peaceful in the wake of the nationwide Black Lives Matter protests. And Jones specifically cites his recent arrest for helping him turn this corner.

“I do believe wholeheartedly that the companies that own Bellator and some of these other leagues do have the same amount of financial backing that the UFC had and I do believe that having Jon Jones be the new face of your promotion, especially today when I’m really making an effort really for the first time to get my sh*t somewhat together,” Jones said. “I do feel good. My last DWI has done a lot for me. It set me free in so many ways. It embarrassed me. It reality checked me. I’ve never been on camera drunk for the public to see like that. It was humiliating and somewhat of a bottom for me and I’m ready to snap it into high gear.”

It’s a cruel irony that for the first time Jones seems to really have his personal life in order, his professional life is in limbo, and it looks like it may stay that way for some time, given that Dana White appears to be digging his feet in. But if somehow, Jones can be released by the UFC, then he says that where he lands next can get the best of both worlds.

“I think right now’s a good time for any company to have me for sure,” Jones said. “My goal is to be an asset to any company that I’m a part of. I got a feeling if I am able to get out of my UFC contract, that I would be huge for another company.”

Standoff. Jon Jones: ‘I have no interest in fighting in the UFC until I get paid what I believe I’m worth’.

Standoff part deux. Jorge Masvidal wants to fight this year but he could also walk away: ‘I’m set for life, I don’t have to fight’.

10 fighters who never got a UFC title shot.

Masvidal declares Darren Till and Paul Daley as the biggest punchers he has fought.

Heavy Hands. Breaking down the big fights at UFC on ESPN 12.

Send me the fuck location of his house and I ll make him sing the his fucking shit contract right now!
Bend your knees to KoB pic.twitter.com/bi093AmL1y

Yes. Against Marlon Moraes. He will win his next fight then I’ll finally get a chance to show that my eagerness is what steered wrong the first time. https://t.co/qTzCbZbvaR

#ThrowbackThursday – I may be top ufc heavyweight, but when I go home to my village, every time I always stop to the sandmine to work with my friends like when we grew up. Today, it’s enjoyable and fun to do, but as a kid forced to do it, it was a stone on my throat .. (1/2) pic.twitter.com/Qh9OdX39MX

Thanks for reading, enjoy the fights, and see y’all no Monday.

Who wins this weekend?

Alexander K. Lee - June 26, 2020 0
Welcome to the latest edition of Missed Fists where we shine a light on fights from across the globe that may have been overlooked in these hectic times where it seems like there’s an MMA show every other day. One of the best parts about giving time to lesser known promotions and fighters is that every week you’re pretty much guaranteed to see something you’ve never seen before. Case in point, we’re starting off this session with a unique leglock escape that has to fall under the “don’t try this at home” category. Vadim Rolich vs. Ivan BukhtoyarovArtem Babashko vs. Rustam SerbievEvgeny Manko vs. Azamat Dzhamkhatov AL: Our pals at Belarusian Fighting Championship are keeping the good times rolling with