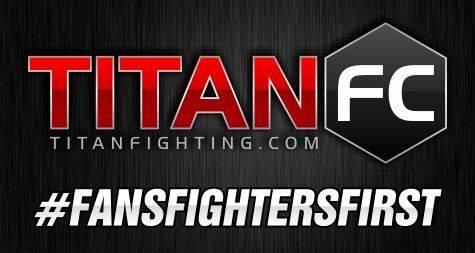 The once-beaten American Top Team prospect captured the vacant Titan Fighting Championship bantamweight crown, as he submitted Raymond Ramos with a rear-naked choke in the first round of their Titan 61 headliner on Friday at the Intercontinental Hotel and Resort in Miami. Ramos (5-4, 2-1 Titan) capitulated 1:56 into Round 1, his three-fight winning streak at an end.

Sabatello (8-1, 3-1 Titan) closed the distance, moved to the back and kicked off the fence to create space and ground the Fight Time Promotions veteran. Having secured back-to-chest position, he went in for the kill. Sabatello lassoed the neck, tightened his grip and forced the tapout.

In the lightweight co-main event, Hard Knocks 365 rep Landon Quinones Stewart extended his run of consecutive victories to three with a three-round unanimous decision over Geralbert Castillo. Stewart (5-1-1, 5-1 Titan) swept the scorecards with 29-28, 30-27 and 29-28 marks from the judges.

Castillo (4-2, 0-1 Titan) saw his best chance come and go in the second round, where he blindsided and floored his counterpart with an overhand right. Stewart recovered, answered with a volley of knees from close range, assumed top position and wore out the “Wolverine” with ground-and-pound. Castillo was exhausted once the fight reached Round 3. There, Stewart stepped up his aggression with a series of partially blocked head kicks and sent Castillo’s mouthpiece flying with a left hook.

After a 3-0 start to his career, Castillo has tasted defeat twice in his last three outings.

Meanwhile, Tata Fight Team export Victor Dias won for the third time in four appearances, as he eked out a split decision over Cleveland Mclean in a three-round flyweight showcase. All three judges struck 29-28 scorecards, two of them siding with Dias (7-2, 1-1 Titan).

Mclean (12-9, 1-1 Titan) lashed out with sweeping hooks from both hands, chopping overhand rights and sneaky leg kicks but struggled to control distance. Dias grounded him in all three rounds and nearly finished it late in the middle stanza, where he advanced to the back and threatened with a rear-naked choke.

The loss closed the book on Mclean’s two-fight winning streak.

Damon Martin - June 27, 2020 0
Any time the lightweight title is on the line, Dustin Poirier has a vested interest but he’ll be keeping a very close eye on the upcoming showdown between Khabib Nurmagomedov and Justin Gaethje. He hopes a win in the UFC on ESPN 12 main event against Dan Hooker will put him one fight away from another shot at the belt but Poirier has also faced both men previously. Back in 2018. Poirier engaged in a “Fight of the Year” candidate with Gaethje before finishing him by TKO in the fourth round. After becoming interim champion, Poirier suffered only his second loss at lightweight in the UFC when he fell to Nurmagomedov by submission this past September. In theory, Poirier would

The Meteoric Rise Of Garry Tonon