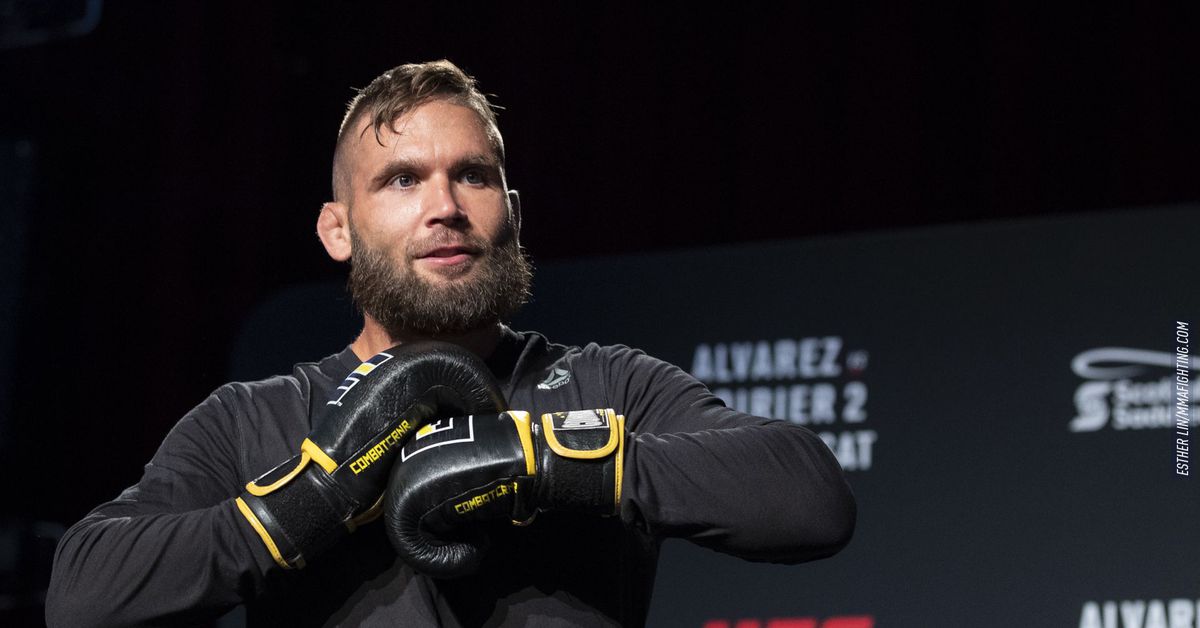 Fighters deal with adversity all the time.

From last minute opponent changes to weight-cutting disasters, athletes competing in MMA are uniquely suited to deal with unexpected twists that might throw other athletes off their game.

The past few weeks have presented some unique hurdles. As the coronavirus pandemic sweeps across the United States with 300,000 people infected and almost 8,500 deaths, state governors across the U.S. have ordered lockdowns with many businesses – including MMA gyms.

UFC 249 fighter Sijara Eubanks found out the hard way when she received notice that her New Jersey training facility had been closed to comply with a governor’s executive order. She’s currently preparing to compete on April 18, but despite the shutdown happening all around her, she’s determined to stay ready.

“It didn’t get crazy for me until they closed the gyms,” Eubanks told MMA Fighting. “We’re just dealing with that, moving some things around, trying to find some places where we can get our sparring in for the week. Taking it day by day, for real.”

In San Diego, Jeremy Stephens is preparing to fight at that same event.

The the 33-year-old featherweight and veteran with 46 fights has seen it all – and done even more – during his career. But his past experience couldn’t prepare him for training during a pandemic. It’s an unprecedented situation that’s forced him to make a lot of changes to his workout routine as he gets ready to face Calvin Kattar.

“The panic is getting out there a lot more, and this is something serious that you have to take precautions,” Stephens said. “I just get creative with my training. I can be doing swims individually, or with one other person. I can be doing sprints. I don’t need a whole lot.

“If anybody broke into my house right now, no warming up, no stretching, I would just murk them. That’s got to be the mindset. Just doing the best for myself everyday, day by day and that’s that.”

While no fighters have publicly stated that they’ve tested positive for COVID-19, the virus has definitely hit close to home for some of the athletes getting ready for upcoming fights.

Lightweight contender Alexander Hernandez had a scare at one of his affiliate gyms after a member who trained there tested positive for the coronavirus. It forced one of his coaches to go into quarantine and get tested, and he realized how this fight hit so close to home.

“I’m not really scared of colds and flus,” Hernandez explained. “I’m a primal person. I don’t really indulge conventional and domesticated fears. I haven’t really respected it too much, but the families and the coaches and the teams, they may.

“I had a little scare myself. Aside from that happening, we haven’t really been worried. He came back negative, so we’re good.”

Stephens is currently going through a similar situation with his longtime head coach Eric Del Fierro, who is a firefighter in addition to his MMA job.

“They’ve been around the pandemic, around the virus, so he has to kind of stay at bay,” Stephens revealed. “He can’t be around anybody. It’s just training as usual. Day by day, we’ll see how it pans out.”

As much as the coronavirus pandemic has forced fighters to shift training schedules, or in some cases find entirely new places to work out, many of the athletes set to compete at UFC 249 card are doing everything possible to keep things business as usual.

While gyms have been shut down to the general public in many states, fighters like Belal Muhammad have just turned to closed door sessions with minimal training partners and coaches in attendance.

“I’m working in a gym where only my guys will know where it is, and we can work and do our thing and get out again,” Muhammad said.

For Muhammad, he’s just trying to keep his focus on the things he can control right now, which honestly isn’t much.

“People don’t know what we go through,” Muhammad explained. “It’s already a stressful thing going through camps, and having to deal with, ‘I have to get ready for this guy,’ and then all of a sudden there’s a last second switch.

“Now honestly, it’s less stressful, because I’m going in there optimistic. If the fight happens, it happens. If it doesn’t, it doesn’t. I did enough training where I’ll be ready and I’ll be better as martial artist. I’m just concentrating on getting better and sharpening my tools. I’m going to be ready for a fight.”

Hernandez carries a similar mindset, because with three weeks remaining until his fight, he was already in the final stages of preparation when gyms began to close.

“At this point of the camp, everything is so specific and you’re just dialing it in,” Hernandez said. “So the sessions are very fine tuned and very specific to the game plan. We don’t need these big groups, or these big general practices held. I’m getting the specific body types and the specific looks that I need. I’m training as usual. I was in the gym for five hours yesterday.”

While UFC 249 athletes are dealing with a specific set of problems, fighters all over the UFC roster face issues due to the pandemic. Bantamweight contender Cory Sandhagen was offered a bout at the upcoming UFC Fight Night card in San Diego on May 16, and as much as he wants to fight, he’s just not sure it’s even feasible.

In Sandhagen’s home state of Colorado, gyms have been shut down, and the interruption will largely prevent a normal start to his training camp. He also can’t be certain the situation is suddenly going to get better in a few weeks.

“[The quarantine] is in place until April 10, so we’re either going to have to get pretty creative, or I’m going to have to teach my girlfriend to fight really quick, and she’s going to be my main training partner,” Sandhagen said with a laugh.

“Three weeks without training, I can’t go into a fight on May 16 feeling very confident and at my best if I can’t train for the next three weeks. I just wouldn’t want to do that. I like showing up and looking my best. That’s my opinion, but I understand everyone else is in different situations.”

Former two-division champion Daniel Cormier was in the middle of negotiations for his next fight when the coronavirus forced the UFC to postpone three recent shows, which means the schedule for the rest of the year remains in question.

The total shutdown of gyms and schools as ordered by California governor Gavin Newsom not only kept Cormier from training at the American Kickboxing Academy, but it also took him away from his other passion as a wrestling coach.

With his team at Gilroy High School benched, Cormier has turned to training sessions in his garage while improvising to find a training partner for his young son Daniel Jr.

“I miss wrestling bad,” Cormier told MMA Fighting. “Right now, me and little Daniel when he trains in the garage, I took a ShopVac extension, I wrapped yoga mat around it and taped it. That’s what he hits his shots on.”

If nothing else, fighters are adaptable to any situation. UFC 249’s Kattar says it’s just proof that MMA fighters are ready to face with whatever is thrown at them — even a global pandemic.

“These distractions, they come throughout your career,” Kattar said. “They test you, especially when you’re an amateur. Fights are announced the day of, the day before, the week of, all that sh*t. Then you get to the point of f*ck it. You don’t overthink anything. The more you take these fights and sh*t happens, you get stronger through it.

“You understand that a lot of bullsh*t can happen outside the cage, but all you can worry about is getting there and worry about what’s going to happen inside. At the end of the day, that’s all I can put my focus and attention on because to me, that moment is coming and all my focus needs to be on that moment.”

Above anything else, the fighters who are expecting to compete at UFC 249 are willing to do whatever it takes to ensure that card moves ahead as scheduled. It’s not an ideal situation, but that’s nothing new.

“We’re fighters – we get through anything,” Eubanks said. “It’s one of those crazy things, every fight camp, every fight, something goes wrong, something’s not perfect. Obviously, a worldwide pandemic is something that will definitely throw your plans off. If the fights are signed, I want to fight.

“I think this is a great time to show the world that we shouldn’t slow down, we should do what we’re doing and we should fight back. I’m still training. It is crazy, but it has kind of motivated me more to run a little harder and do everything that I can with all of this going on.”

Daniel Cormier: Retiring ‘will be the hardest thing I’ll have to do’ but going out on top is like a ‘fairy tale’