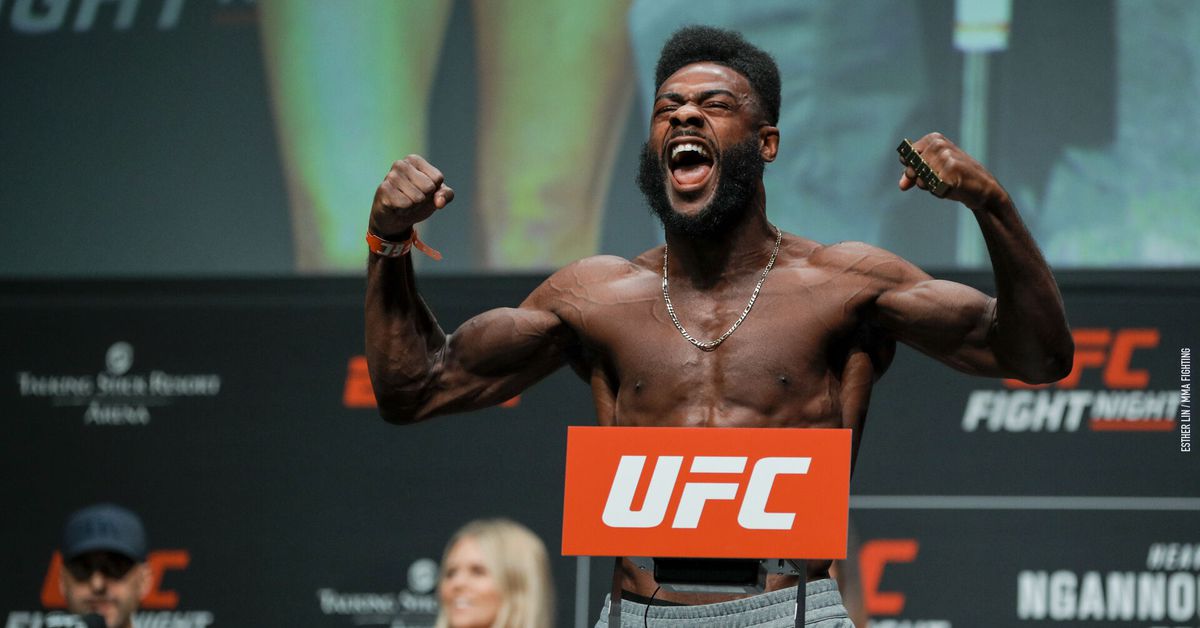 Aljamain Sterling is proud to be a fighter, but that doesn’t mean he’s going to just run blindly into an event against any opponent without actually being well-prepared.

As the UFC continues to move forward with upcoming cards in the middle of the coronavirus pandemic, many fighters have volunteered to compete on short notice despite less than optimal conditions in their training camps.

Most states across America have instituted stay-at-home orders with non-essential businesses being shut down including gyms. That’s forced fighters to get extra creative in order to stay in shape and prepared for any potential opportunities.

Just recently, Sterling was attached to a fight against Cory Sandhagen at an event scheduled on May 16. After the news first surfaced, Sterling lashed out at the rumors because he wasn’t going to face anybody without a proper training camp and given the current climate, that was virtually impossible. Even Sandhagen conceded that as much as he wanted to fight, there was no way he’d be properly trained for a showdown with Sterling on May 16.

Now as the UFC continues to build more and more cards with a global pandemic still raging on, Sterling explains why he wasn’t willing to just throw caution to the wind and accept a fight because one was offered to him.

“I think Cory and I are on the same page with the type of mindset that we have. Championship mindset,” Sterling said when speaking to MMA Fighting. “We both know we need to properly prepare ourselves for each other if we are the next ones to be locking horns inside the Octagon. Whoever it is, I want to be well prepared. I don’t take any opponent in the UFC lightly. I’ve learned my lesson from doing that once and I don’t want to do it again.

“This is why you guys are considered the dummies of the entire sport because you guys just say fighters fight. That’s not true. Fighters don’t just fight. Not the good ones who have long, long success. The guys who make championship runs. The guys who fight for world titles. They get fizzled out, chewed up and spit out like a revolving door and then the next guy or the next female comes in to take their spot.”

The way Sterling sees it, every fight offered to him comes down to risk versus reward and facing an opponent like Sandhagen without an actual training camp just doesn’t make much sense to him.

Unfortunately, he doesn’t see a lot of the other fighters on the UFC roster taking a similar approach, which is why someone will always be ready to take that spot.

“That’s what no one understands, we can’t get nowhere as a whole, as a unit, as all of us being on the same page because everyone is just fending for themselves,” Sterling said. “I understand. You need to make money. I need to make money. I haven’t fought in almost a year at this point. But there comes a point where you have to look at a situation and analyze and go this is not in my best interest to do this.

“Do you think the UFC is going to owe you a favor when you step up on short notice when nobody else is doing it? There’s a reason a whole bunch of us aren’t doing it. If you want to be that scapegoat, and think that the UFC’s going to owe you one, good luck with that. Let me know how that goes.”

Sterling knows the UFC treats everything like business and he has to look at his career through that same set of lenses when these offers are made to him.

“As history has shown, I don’t think the UFC is in the business of doing favors for other people,” Sterling said. “They’re in the business of doing the UFC. I think Cory and I have the right mindset. Anybody I fight at this point, I want to make sure we’re both the best versions of ourselves showing up on the night and it’s definitely not May 16 or any time during April. It’s going to be when I have my training partners who helped me get to the show and I can prepare properly and confident walking to the Octagon.

“I think anyone with half a brain should be able to understand this logic. I hope I’m being clear on this. There’s certain things called risk versus reward and this is not the risk that you want to take because the reward is not a guarantee at this point. If it’s a short notice fight where both guys haven’t been training and there’s a title shot on the line, guaranteed in writing on the table, I’m willing to roll the dice on that. Not just take a fight because I need the money. That’s not worth it.”

With the coronavirus pandemic still threatening more and more upcoming events, Sterling doesn’t know with any kind of certainty when he’ll get to fight again but he knows right now isn’t the time.

He’s more than happy to take a risk for the right opportunity but that’s not what is being offered to him right now, which is why Sterling is happy to sit back and wait until he can return to training gain to book his next fight.

“This is not a race. It’s a marathon,” Sterling said. “MMA is not one of those up and down basketball seasons where you have a ton of games and you can still make the playoffs. It doesn’t work like that in MMA. You get a couple losses, you get washed up, you get the door slammed behind you and they bring in the next person behind you who is here to take your place. So you have to be smart with your decision-making and the risks that you’re taking.”

“You have to level-headed so that your ego doesn’t get in the way and deflate your opportunities because you decide to jump the gun on something that seemed like an opportunity and you wanted to show everyone ‘oh I’m such a bad ass, I took a fight.’ People don’t give a f*ck about that. They care if you won or if you lost, that’s all they care about. What have you done for me lately? When was the last time you won? How did you win? And that’s all people give a sh*t about. It’s risk versus reward. There’s smart risks and calculated risks.”

Aljamain Sterling: ‘Do you think the UFC is going to owe...