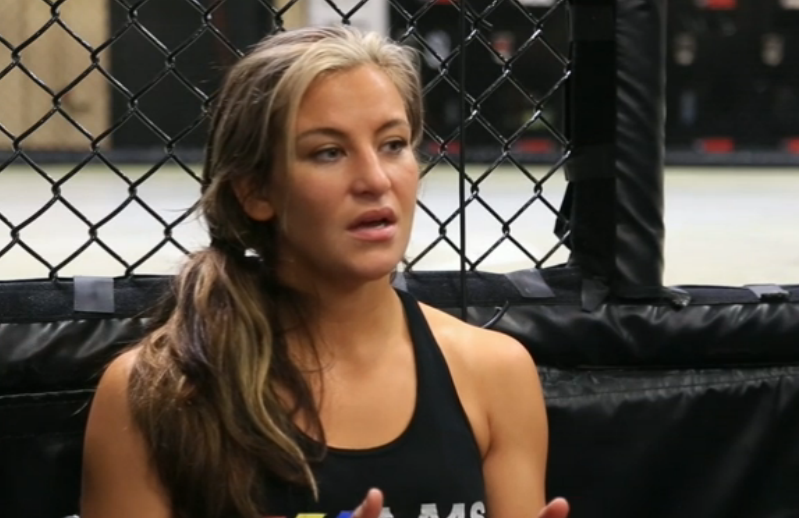 We’ve been hearing about Reebok’s athlete outfitting plan since last month, and now that the numbers are in, many are weighing in on what they feel.

If this is the first you’re hearing about this, here’s a snapshot of what’s been going on. The UFC announced a new athlete outfitting policy deal that would eliminate all other sponsors, where rankings determine how much sponsor money a fighter would get. This is especially detrimental to fighters with a big following but no ranking, many of whom will be dropped to the bottom of the barrel in terms of sponsorships.

According to a video posted by MMA Junkie, Miesha Tate went on record to say, “I feel like there definitely probably should be some balance between rankings and draw. Rankings aren’t always accurate. Sometimes the No. 3 person had half the draw as the No. 5 person does. Sometimes it just works out that way.”

Bryan Caraway also had some words in regards to the deal, saying: “I understand why the UFC signed Reebok. It kind of legitimizes the sport, like the NFL or NBA. They all have one major corporate sponsorship.“ Caraway also went on to talk about the leveled playing field, and how it would hurt those who are at the top, but bring those at the bottom to an almost equal level in terms of sponsorship.

Other fighters who spoke about the Reebok deal include Nate Diaz, Roy Nelson, Rory MacDonald, and Dominick Cruz.

It didn’t take long for others to pick up the story and share their own commentary on the pros and cons of this new deal. MMA Junkie’s own lead staff reporter John Morgan and MMA analyst Joe Ferraro sat down to hash out the ups and downs of the Reebok deal.

Check out the video to hear what Morgan and Ferraro had to say. Do you think the UFC made the right call by making this deal? Let us know in the comments below.

Up and Coming: Two Fighters You Must Watch